Why You Can Never Miss React Native For Your Business Operations?

For your mobile app concept, to reach a wider audience in one go is not easy. However, with the cross-platform, this is very much possible and is a great alternative to offer incredible recognition to your app product.
Do you understand which framework I am hinting at???

Yes, you got it right! 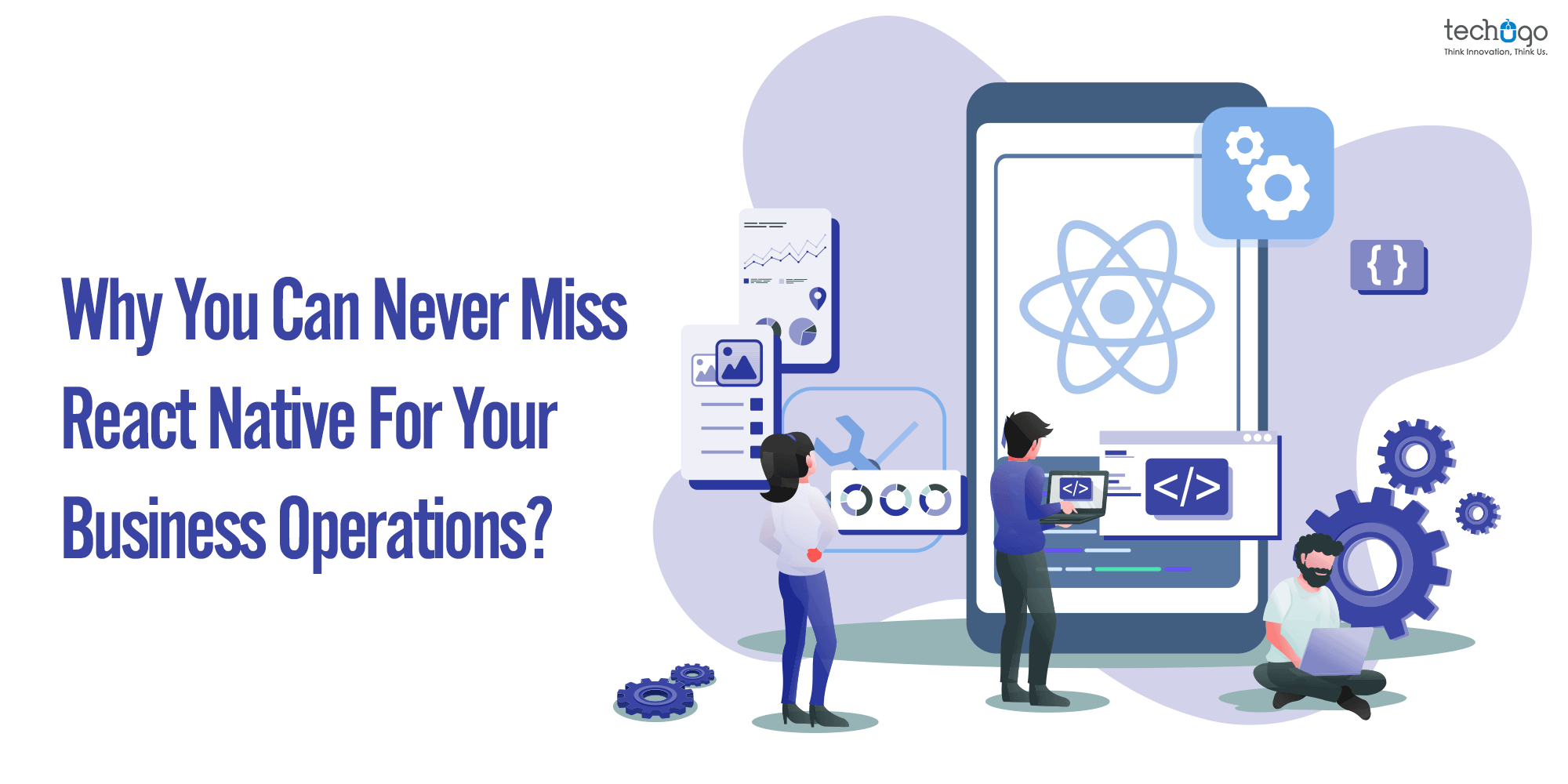 Well, on the précised ground, RN is developed and maintained by the largest social networking site in the world, which is none other than Facebook. It is an open-source mobile app framework letting developers craft apps for UWP, iOS, Android, and Web.

The unprecedented time has brought a major brunt to many businesses, forcing them to go online as their offline channels couldn’t survive the social distancing norms implied by the Government. And other businesses using the apps got their infrastructure under a heavy load of online traffic, as they were never designed to embrace the load.
Here, the React Native framework provides cross-platform UI components with JavaScript, which bridges the gap and creates native codes. To help you understand it further, let’s read this post ahead…

Unlike other frameworks, where using the third-party plugins are not secured to be used, in React Native no such difficulties or challenges are being experienced. This is indeed a very flexible framework, helping your app to get the support of third-party plugins with ease.

You would be surprised to know that React Native comes with a modular architecture, letting your developers to bifurcate the functions of the program into several blocks called modules. And these modules are free and interchangeable, as a result, it makes the architecture of this framework more flexible. Further, it helps in making the apps to get upgraded quickly, and these modules can even be reused for mobile and web APIs.

A perfect choice for the on-budget apps

For a startup, to expand the business reach is one of the most prominent aspects. However, to spread the wings of your business, there are several factors that come into existence, and of them is the fund. You need money to run your business operations, and here the inclusion of a mobile app in the plan is a must. And this is where React Native comes for the rescue, and helps your startup to gain recognition and stand out amid the competitors with a scaling app solution

The abundance of tools & libraries

With the React Native technology, developers get the advantages in abundance, as there are several tools and libraries like NPMs, Github forks, and other third-party platforms that come along with. It is further evident that tools offer libraries for integrating maps, standard UI controls, to name a few, within the mobile app.

A mobile app development journey has many moments, and to make every moment worthy and special, React Native provides the best development environment. Further, developers get the opportunity to make changes in the running app without restarting the app. This is one of the most useful aspects of RN compared to all other frameworks.

Every app is a combination of intuitive codes within fragmented modules, and further, these modules are integrated into the proper sequence. However, with React Native developers don’t need to comprehend unnecessary clutter code running the mobile app. This makes app maintenance a much easier process, letting any developer quickly embrace the technical modifications effortlessly.

React Native is one of the most prominent frameworks that has captured the attention of many big players in the business world, and some of the most known names are UberEats, Skype, Delivery.com, Instagram, Facebook, Vogue, Facebook, Tesla to name a few.

On the other hand, you must not forget that React Native is a futuristic framework, that is quite obvious from the above-mentioned benefits. RN is an evolving framework and helps in saving a lot of time and money for developers.
Hence picking this very technology trend for your next big app idea is a worthy concept.

Grab this technology and make it a worthy addition to your business expansion plan via an app solution.