While in the past gaming might have had a bit different connotation, nowadays it’s just like fishing or golf. This is only logical with the rising number of millennial entrepreneurs, people who grew up on titles such as Mortal Kombat, Half-Life, Diablo, Baldur’s Gate, and the Legend of Zelda franchise. Just because one runs a multi-million-dollar company, doesn’t mean that they should abandon their decades-old passion of gaming.

However, keeping up with this might cause some technical difficulties, seeing as how the requirements of the software you use for work may not be as high as the requirements for AAA video games released in 2018. In order to keep up the pace, you need to make sure that the laptop you’re using for both business and gaming is up to the task. Here are several pointers that can help you remain on the right path. 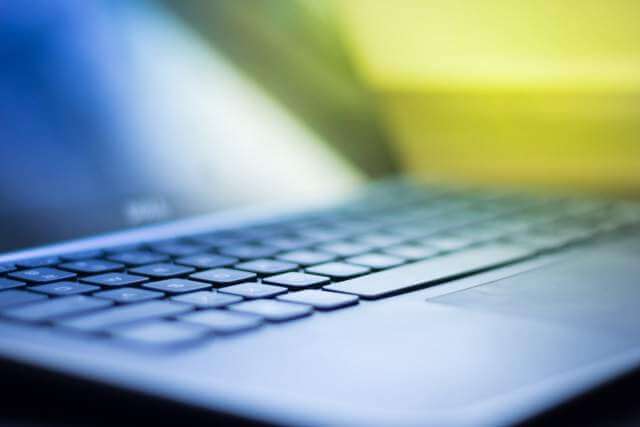 The first thing you need to understand is that your GPU isn’t the only thing determining the quality of the graphics. The screen size gives you a higher resolution, greater immersion, and overall better visuals. What you should aim at is the 1920×1080 which is full HD, seeing as how it’s a travesty to play games like The Witcher 3: Wild Hunt or Battlefield 1 with anything less.

Ideally, you should go for a 17″ gaming laptop (the bigger the better). however, for a laptop you’re about to use for business, 15″ is probably a better choice. This is a device that you’ll have to take wherever you go, and 17″ might have trouble fitting some backpacks, while adding that extra weight to your laptop bag. After all, nothing prevents you from plugging your laptop into an extra display once you’re back at home.

The next thing on every gamer’s mind should definitely be the issue of GPU performance. Here, going with GeForce GTX is definitely the safest choice, although GeForce 940MX might be a more frugal alternative. The top choice is definitely GeForce GTX 1080, or GeForce GTX 1080 Max-Q,, which should have no problem providing you with ultra to very high performance on any video game out there. In fact, these two are even capable of providing you with resolutions as high as 3840×2018@60Hz rates without any trouble. Some, however, might consider this as a bit of overkill on a laptop (even a gaming one).

Like with the above-discussed screen size, you have to think as a businessperson, as well as a gamer. Ideally, you would have a separate setup at home, but why restrict yourself in this way? You can just as easily get any high-end gaming laptop with an Intel i7 processor, and when you have an external GPU back at home, you can connect it to through Thunderbolt port.

The greatest problem with CPU is the fact that people who aren’t familiar with the chip properties often find the numbers misleading. For instance, a 4.0 GHz processor is more potent than a 3.5 GHz one, right? Well, not necessarily. You see, if the 3.5 one is an Intel i7 quad core, it will perform better in most games than a 4.0 GHz AMD would, merely because its single-thread performance is superior. This, nevertheless, mostly depends on the game, which makes this whole issue quite situational. Needless to say, as a businessperson, you need to understand that it’s all about cost-efficiency, unless you’re willing to go for the efficiency at any price.

A lot of people complain about just how quickly their battery runs out while they’re chatting or browsing online. However, a battery usage while playing a high-end video game is something on a completely different level. In fact, regardless of the battery strength, it is probably best done while there’s a power outlet nearby. Nevertheless, the choice of a battery needs to be a top priority, right up there with GPU and CPU.

So far we mostly discussed issues related to gaming. Now, on the other hand, it’s time to talk about something a bit more work-related. We’re of course speaking about the camera. Naturally, one can argue that the quality of the camera isn’t that vital when you can get a quality one cheaply and merely plug it in, yet, this means another peripheral to leave behind in a hotel room. Negotiating or conferencing over a low-quality camera leaves a poor impression, which is why you need to ensure that the laptop you’re taking has at least 720p (although even this might be deemed as mediocre by some). All in all, while it is pretty significant, the camera is definitely not your prime concern.

Most people will notice that we’ve omitted the issue of RAM, which is not that strange seeing as how this question is one of the simplest ones you can give. Going for 8GB of RAM is more than fine, while going with 16GB is definitely a safer option (for recommended requirements). RAM, like SSD, is something that can be added later on, and it is definitely for the better if you were to begin with them. Sure, there are some other traits you can look into, like the keyboard sensitivity, or the properties of your touchpad (in case of fingerprint recognition, this can even be a security trait). Nonetheless, the above-listed five should definitely be a top priority.

How to Import RSS Feeds to Outlook

The 10 most employable business degrees of 2018