How Does The Ecommerce Platform’s Buy Now Pay Later Option Interact With The Point of Sale?

What is EMI or Buy now, pay later?

Basically, in simple terms, customers pay a certain amount every month to fully pay the amount of the item the purchase. It is an option available at the point of sale so that customers can buy the item and easily pay for it without stretching their pockets too much.

Why do some customers prefer the method of buy now pay later, even if they can pay it without stretching their pockets too much?

Most people choose this method of payment so they will be able to pay for it from their monthly income rather than paying for it by taking a loan. For instance, let us assume a car costs one lakh and a customer wants to buy it. Suppose they have a monthly income of fifty thousand and the EMI is ten thousand per month, then the person can buy it and pay the EMI for ten months, thus paying off the entire amount and owning the car.

But some people choose this option even if they can pay for the item in one go without making a hole in their pockets. Why, one may wonder? One of the reasons can be that they have a budget and that they do not wish to exceed it. Another benefit from this can be that they plan to pay for the purchase using their credit card. Then pay the credit card bill easily and thus build credit. Which will then benefit them later on. 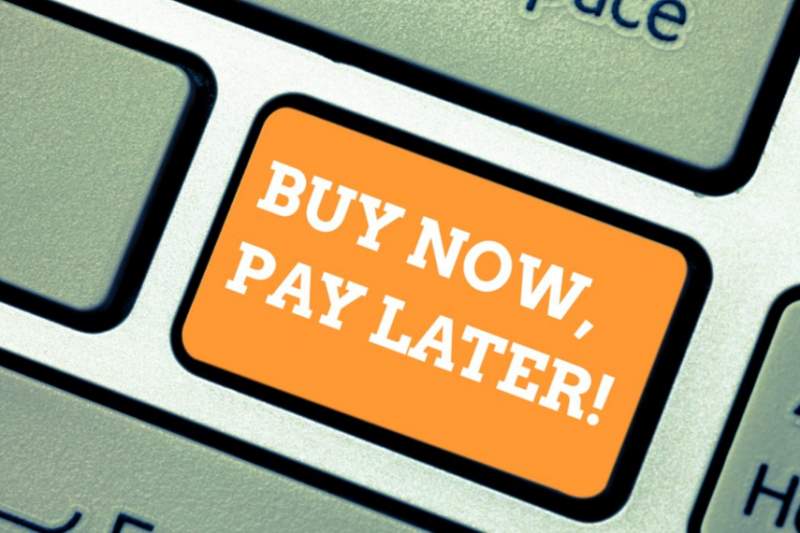 As a seller, is it a good option for you?

Buy now pay later is always a good option for both the parties- buyer and seller.

As a buyer, one can use it to increase their credit score and as a seller one can use it to get return customers. When a seller introduces the option of buy now pay later at the point of sale, it creates a very good opportunity for the buyer. Since it is a really great opportunity for the buyer, they obviously will not want to miss it. And this is the first step by the seller to creating a returning customer. The second opportunity that a seller can create is by introducing a points system. Each time that a buyer pays for something using their credit card, they accumulate points. And since it is the method of buy now pay later, the consumer will take up this dual benefit of increasing their credit score and getting points at the store which can be used later.

Although, it is not necessary to take up this option as a buyer or as a seller. With the times changing, there are many ways to pay and receive money.

How does the Ecommerce Platform’s Buy Now Pay Later option interact with the Point of Sale?

Earlier, if one may have noticed, even multi dollar ecommerce platforms did not implement the buy now pay later method at their point of sale. At least, it was not available for all the big amounts. For the past few years, we can find the option of paying later by the very item and we can choose how do we wish to pay. This provides a great benefit in today’s times with online shopping being the main method of shopping.

Be it groceries, cars, phones or any other big amount items, we, as buyers, almost always have the option of buy now pay later at the point of sale. Once this option was introduced, there was no turning back. It is not difficult to assume that buyers prefer this option more than the one-time payment option where they had to pay a big amount in one go, at the point of sale.

It is safe to say that E Commerce platform’s buy now pay later option has been a great switch for the sellers and interacts very well with the point of sale.

To conclude, it will be a very good decision on the sellers’ part to introduce the buy now pay later option on their website and applications. This simple move just might simply boost their sales and create returning consumers. Another benefit that it might give is free advertisement from returning consumers by spreading word about the buy now pay later option that a site or application offers and bring in more consumers.

Tips for Developing Your Voice in Writing

What Are the Differences Between Web and Mobile App Developers?