Design Tips that Every iPad App Developer Should Know

The mobile phones have become one of the most loved and user friendly devices in regard to any other gadgets as available in the market. Students, business personals, politicians or sports persons heavily rely on the mobile phones to perform most of their significant tasks in no time.

The introduction of refined versions of mobile phones such as iPhones and iPads, have given the freedom to people to interact with each other in a unique manner, and perform complex and vital tasks with ease. The fascinating and large visual display, crystal clear pictures and videos, sharp and loud sound, quick navigation through web browsers, and easy access of many other installed features has made the iPads as one of the most favorite gadgets of all time.

The increase of iPad users has sharply grown in recent years. People are fond of doing their tasks on iPads rather than sitting in front of their traditional desktops or laptops. Checking the updates on facebook, tweeting on twitter, paying bills, going through new updates, playing games, or reading magazines, and many such activities are frequently carried out on iPads. However, to make such fascinating things possible on the iPad, efficient applications are required. It is the applications that interact with the operating system and the hardware and help the user to perform it tasks from the front end.

To design the applications, specifically for iPads, the designers have to follow a few basic tips that can help them to create and design the best application that is going to solve the user’s needs at once. 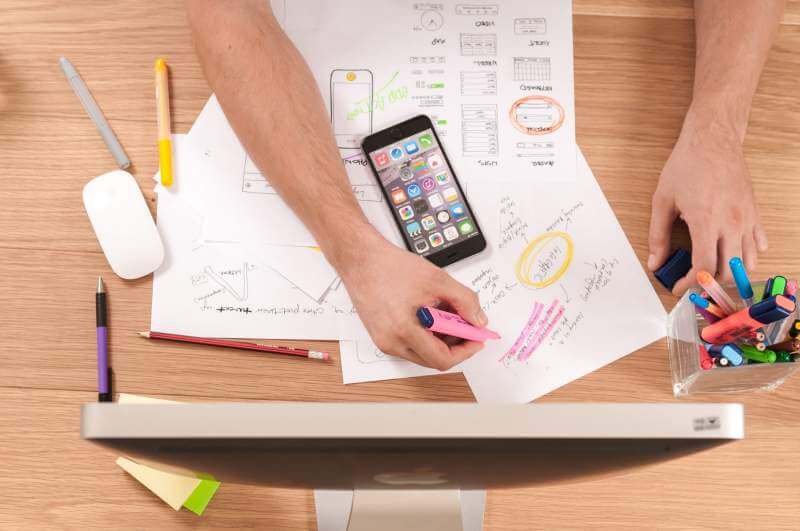 Apart from what genre they are, users always wish to have applications that can fulfill their requirements in simple steps. The developers should focus on the user’s way of thinking to achieve the goals. The developers must also understand that the applications are well organized, and their features are capable of drawing the customers in large.

iPad’s uniqueness of displaying the page in portrait or landscape format is awesome. Users enjoy playing with the applications on to the screen of iPad as per their requirements. Developers who miss to pay attention while designing their application often feel the backlash of its outcome. The applications fail to settle themselves on the different orientation of screen, and result in awful display to the users.

Imagine, people experiencing the clutters in content or images on their iPads. Their next step is to get rid of application as soon as possible. Designer while developing the applications have to concentrate over the point that dynamic content often require large space than the static contents or images. Due to regular variation in size of contents and images interface struggle for the space. Design the application with maximum content or image breakpoint in order to avoid clutters.

Both are equally important for the user to direct them while using the application. But things, go sour when user have to either go through thick book of manual instruction or pop outs keep buzzing them at every steps of the operations. Application with simple instructions is more favored than with thick manuals. A short and one time instruction is needed to implement in the applications. Same is the case for pop outs, basically designed and implemented in application to enhance the navigation process. But their excessive intervention causes an irritating feeling among the users. Display them only when they are needed to direct the user through contents

The mobility of iPads and its usage is one of the key points for its success. Today, users are busy in their jobs and want a quick access to the information regardless of their locations. Designer must consider that their application should be efficient enough to support the customers present at any place. Looking for a café or shopping mall out of your state or country should not inhibit the user from using the application rather the application should display instantaneously all the information pertaining to the search.

iPads are resourceful, captivating, and expensive devices, and this makes them the center of attraction among family members. Everyone uses an iPad as per their requirement. The developers also install applications as per their choice. The catch for designers comes here. Designing the applications that support multi-users, so that if one member is already logged in, the other person can simply switch the account and perform his tasks.

Use this feature intellectually while designing the applications for an ipad. Highlight the important features of the application, so that the users tap on it for further information. Avoid decorating it with unnecessary gestures, and simplify the presence of touch on to the screen.
These are a few basic tips to design applications for iPads. However, the success of applications depend on the developers thought process, and their focus towards the users requirements.

Is the World Wide Web Catastrophizing Your Child’s Future?