5G Rolled Out: Will it impact our Internet Experience?

With the development of wireless technology, we have seen a rise in devices connected to it. And, according to statistics, many industries depend on wireless networks. So, with the constant demand for faster and stronger networks, there’s always room for developments. Many companies had researched to develop the next-generation network. This created a race between them, and in the end, they were successful in bringing 5G to us.

Operators pretty much all over the world have launched fifth-generation networks. The ones who haven’t been on their way to introduce it to users, now, how will this new network technology impact our lives? To understand that, you must know what 5G is, how it works, and its capabilities. 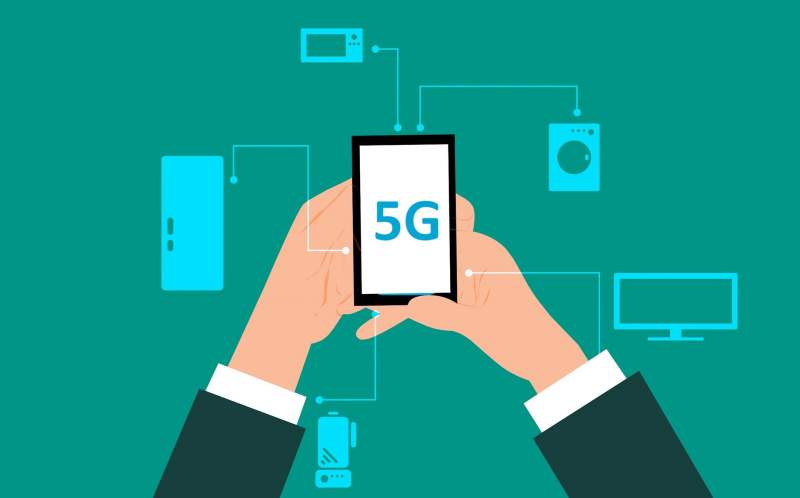 Earlier, we had seen the development of 2G, 3G, and 4G, each of them had a higher bandwidth than its predecessor. You can understand 5G as the network that has a higher bandwidth than 4G. So, what does that mean? It means 5G can transfer more data in a unit of time as compared to 4G. Further, you get an overall faster or better performance in it.

But, there’s more to 5G than increased bandwidth. According to many experts, it’ll bring a much bigger change than previous network generations did. That’s why it’s more in talks than 3G or 4G ever were.

Many companies have researched the future of network technology, so they all contributed to bringing 5G to us. But, the scale of contribution indeed differed with each company. Qualcomm is one of the companies that played a significant role in developing 5G. But, they were working alongside other contributors under the 3rd Generation Partnership Project. So, the other members share the credit for bringing 5G to us, too.

How fast is this network?

The speed is the biggest change that 5G has brought for users. In case you didn’t know, it can work as fast as 10Gb/s. So, that’s a great change if you compare it to the 300Mb/s maximum speed of 4G. Now, the roots of how a network performs lie in its bandwidth and speed. So, this unprecedented increase in speed means a great improvement in all aspects.

How does its bandwidth compare to that of 4G?

The fifth-generation network will operate at a minimum bandwidth of 28GHz. This is many times higher than the maximum 20MHz that 4G provides. So, this implies quite a huge difference in their performance.

How will 5G Benefit the Consumers?

As evident by looking at its features, 5G has a lot to offer its users. It will bring a lot of changes once all countries implement it. Right now, many companies are trying to get this technology to as many people as possible. Once you have it in your hands, 5G will benefit you in the following ways:

Are you enjoying the speed that 4G provides right now? Then, you must wait till you get 5G in your hands. It offers a speed that users could only dream of in the last decade. People were amazed at how 4G can download a movie within a couple of hours. But, with 5G, you can perform that task within a matter of minutes. So, 5G will provide an ultra-fast experience to its users.

The previous generations of networks allowed you to share quite a limited size of files. So, you may have struggled to send a large volume to another user online. Apart from that, in the case of video files, it also affected the quality. But, 5G provides you with much higher bandwidth than previous generations. As a result, you can send large video files to your users without affecting the quality.

5G allows sharing the network with more users than the previous network generations did. You get this benefit whenever a new generation is rolled out. But, 5G is very different from previous rollouts — it has brought a greater change, and that too within a shorter time. Moreover, you can now share your network with a much higher number of people. Due to its higher speed and bandwidth, every user will get a fast and stable connection.

Technological Advancements that 5G can drive

5G is unlike any of the previous network technology generations. It has a high capability to act as a driver for rapid advancements in various fields. After all, it offers more than just increased browsing speed. It opens up many new possibilities that 3G and 4G never allowed. So, 5G is a big breakthrough in the world of network technology without any doubt.

Here are some ideas that 5G can help you turn into a reality:\

Many companies have succeeded in developing the self-drive function in cars. But there’s still room for advancement in making it more reliable. So, they have more work to do on this aspect. The 5G rollout has brought a chance for them to make considerable improvements. It is a perfect technology for enabling communication between machines apart from humans.

So, 5G can enable cars to interact with each other through sensors. Many experts find that a viable idea, so we might see this idea come true. Also, 5G may not have reached all consumers, but it’s very accessible in all business sectors.

We have already seen some progress in the field of augmented reality. But, there are still some shortcomings in terms of image quality. The features of 5G allow devices to transfer more data and that too at a much higher speed. As a result, that makes it perfect for getting better quality in AR graphics. So, many companies are considering unleashing the fullest capability in AR with 5G.

We are living in an age where education has gone online as well. As a result, there are more learning opportunities out there. The use of AR can enhance the quality of online education. So, 5G can play a key role in bringing considerable advancements in this field. Also, we might see that put to use sooner than later. We can utilize it for various training purposes, including the military.

We may have different visions about what our cities would look like in the future. But, we can agree that we have to turn them into smart cities. For that, we need proper network technology, which we didn’t have until a few years ago. But, now that we have 5G, we have an opportunity to create smart cities.

Various countries have already applied the concept. With 5G in their hands now, they are preparing to take a step towards progressing to the next level.

What Difference will 5G make in Society?

From what it seems, 5G has a considerable potential to change the world. It can create a better connection not only between humans but machines as well. Enabling a wide range of technological advancements, it’s capable of changing our daily lives. Apart from that, we can also expect this development to create more jobs and industries. So, 5G has good implications for society as a whole.