5G: From Hype to Reality?

Around the world, mobile network operators are announcing 5G services, promising revolutionary data transfer speeds and unmatched latency. To some, the arrival of the fifth generation of wireless communication standards may seem sudden, but those who follow the telecommunications industry know that it took a long time to reach the point where we are now.

In this article, we trace 5G from inception to its present state and explain how it impacts virtually all industries, including manufacturing, transportation, and healthcare, creating a great opportunity for mobile network operators that partner with a reliable SIM card supplier to provide 5G SIMs quickly and securely.

From Concept to Reality 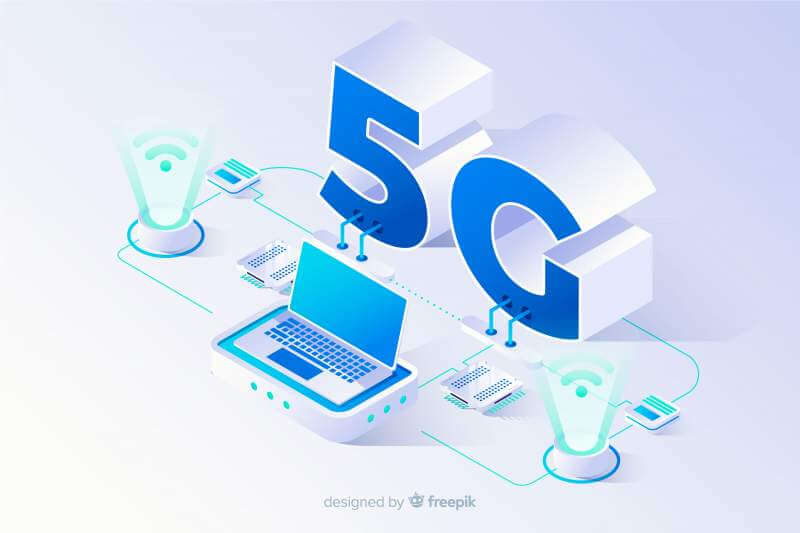 5G has been in the making for more than a decade. Early during the rollout of 4G networks, it was already clear that the next big IT revolution—the Internet of Things—won’t happen without the ability to connect millions of devices to the internet while also providing sufficient bandwidth and low-enough latency to transmit large quantities of data in real-time.

In 2008, NASA announced a partnership with Machine-to-Machine Intelligence Corporation to develop a fifth-generation telecommunications and networking system for internet protocol-based and related services, kicking off the telecommunications arms race that is now culminating with the rollout of 5G connectivity worldwide.

On April 3, 2019, South Korea became the first country to connect a 5G phone to a 5G network when three of the country’s carriers— SK Telecom, KT, and LG Uplus—quickly signed up half a dozen celebrity customers to beat the US by a matter of only a few hours. The same day, Workz, one of the world’s top ten SIM providers, launched MEA’s first 5G SIM, offering it in multiple form factors—removable, embedded, and machine-to-machine (M2M) IoT SIM—for evolving cellular devices.

However, what’s far more important than who won 5G bragging rights is the technology behind 5G, which enables downloads on 5G networks to be 20 times faster with 100 times more capacity compared with 4G networks.
To ensure wide service, the 5G standard is comprised of low-, mid-, and high-band spectrum. The high-band spectrum is exciting the most because it has never been utilized by mobile network operators in the past. Radio waves broadcasted in this spectrum vary in length from 1 to 10 mm, which is why they are called millimeter waves (mmWave).

Millimeter waves eliminate existing issues with signal interference, and they make it possible to achieve download speeds of a gigabit per second. Their limited range makes them suitable mostly for densely populated urban areas where it’s possible for carriers to deploy a large number of miniature base stations on light poles and atop buildings to prevent signals from being dropped.

At the moment, most carriers use mmWave bands only in large cities, combining them with low- and mid-band spectrum to cover rural areas with fewer buildings and cell towers. Even though 5G coverage is currently limited, the infrastructure is growing rapidly, quickly becoming the main driver for mobility for this year. According to GSMA, 5G networks are likely to cover one-third of the world’s population by 2025 and account for as many as 1.2 billion connections.

With some of the world’s largest smartphone manufacturers, including Samsung, OnePlus, Huawei, and Xiaomi, spending large amounts of money on advertising their 5G smartphones, which allow consumers to download large files in seconds and stream 4K video while simultaneously browsing the web, it’s easy to miss the true potential of 5G.

Thanks to its high reliability and low latency, 5G can help manufacturers automate critical processes and improve efficiency by gathering and analyzing significantly more data than what was previously possible. By eliminating data cables, 5G can also make factory floors safer and more flexible.

In the transportation and automotive industry, 5G is revolutionizing how goods are delivered and vehicles built. For example, the self-driving cars of the future will depend on 5G’s impressive bandwidth and latency ranging from 1 to 5 milliseconds to offer more features and perform more reliably.

In the healthcare industry, 5G can fill the gap between people and technology to improve the patient experience. This can be achieved with the help of wearable technology and smart sensors capable of collecting and transmitting patient data in real-time for clinical research and health monitoring, among other things.

As a result of these new business opportunities across different industries, 5G is expected to contribute to $13.2 trillion in global economic output in 2035 and support 22 million jobs that year, according to a study commissioned by Qualcomm. Network operators that have yet to start offering 5G solutions need to choose a 5G-ready SIM card manufacturer and SIM card supplier to stay relevant in the upcoming era of ubiquitous connectivity.

Conclusion
The year 2020 is shaping up to be the tipping point for 5G deployment and adoption. Across a wide range of industries, 5G is already creating important business opportunities, and its impact on the world will only accelerate as more mobile network operators partner with SIM card manufacturers that can provide 5G SIM solutions quickly and securely.

6 Gaming Websites For Kids To Play And Learn New Things

Is Blogging Good For SEO?